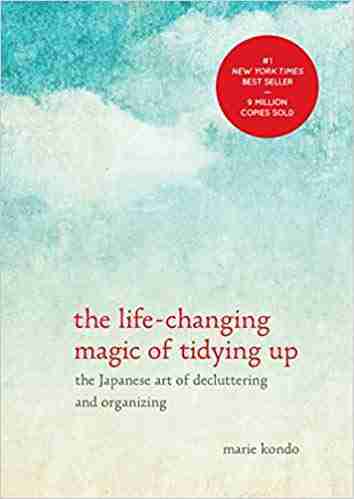 By The Cleaning Lady

Magic of Tidying Up or Zen for Fools?

When I first heard of the “Tidying Up” craze sweeping the globe, I rolled my eyes and didn’t give it another thought. But then, a few weeks ago, I walked into a client’s house and she was sitting in front of a mountain of clothes asking a pair of underwear if they “sparked joy.”

As a cleaning and organizational specialist, I figured I’d better look into it.

Who is Marie Kondo?

If you’ve been living under a rock for the past few years (or a pile of clothes), Marie Kondo is an organizational guru from Japan and has written two best-sellers, The Life-Changing Magic of Tidying Up: The Japanese Art of Decluttering and Organizing (Amazon, $8.58)  and Spark Joy: An Illustrated Master Class on the Art of Organizing and Tidying Up (Amazon, $12.33).

She was born in Tokyo, Japan in 1984. Kondo was always obsessed with organization and decluttering. In her early school years, she would run to the classroom to organize the books. Until one day she had a sort of nervous breakdown and then an epiphany. According to her:

“I was obsessed with what I could throw away. One day, I had a kind of nervous breakdown and fainted. I was unconscious for two hours. When I came to, I heard a mysterious voice, like some god of tidying telling me to look at my things more closely. And I realized my mistake: I was only looking for things to throw out. What I should be doing is finding the things I want to keep. Identifying the things that make you happy: that is the work of tidying.”

After spending five years as an attendant maid at a Shinto Shrine, where she was submerged in the Shinto practices that are a main tenant of her method, she enrolled in Tokyo Woman Christian University as a sociology major. While there, and at only age 19, she founded her organization consulting business which would grow to the empire we know today.

Thankfully, she also has a new series on Netflix, Tidying Up with Marie Kondo, so I can skip the books and go straight to the Cliff Notes. I settled in and started the series, hoping my eyeballs would still be in their sockets by the end. At the show’s start, a tiny, neatly-dressed Japanese woman with a timid little voice began explaining her method. This was Marie Kondo. No way, I thought. She’s so cute and tiny!

I couldn’t even concentrate on what she was saying because I kept trying to tell if she was real or not. Obviously, I had never seen a picture of her and I didn’t know what I was expecting (some authoritative old spinster, I suppose, barking orders at people to spark joy! Spark Joy!).

Once I got over the visage presented before me, it was time to get down to business. After all, we are both dedicated to helping people who are overwhelmed by all their stuff.

And in our consumer-driven society, that is a lot of people (as evident by the millions of copies Kondo’s book has sold). Whether it be to keep up with the Joneses or to fill some hole inside them, people are consumed with consumerism, going into debt for that 40th pair of shoes or thinking that 217th ceramic owl figurine will make them happy.

And there is no sign of slowing down. In my small town alone, there are at least 30 self-storage facilities with three more two-story behemoths going up. If that is not culturally-sanctioned hoarding on epidemic proportions, I don’t know what is.

So me and my little woods nymph are on the same page with that. And, after watching a few episodes, I can say I find most of her methods to be pretty logical. In her KonMari Method of organization, she tackles clutter by category, not by room (If you would like an easy method to declutter by room, visit my page here).

Clothing, Books, Papers, Komono (miscellaneous items) and Mementos (sentimental items). Personally, I think Komono is too broad a category for the rest of the items in your house, but I have found in my experience that the first three categories are what the majority of people have trouble with.

I also like that she gets people to put all the items in each category into one pile. So when you see the Mount Everest that are your clothes on the bed, you really get a sense of how much stuff you have.

The Life-Changing Magic of Tidying Up by Marie Kondo

This really had an effect on the people on the show, to the point where one lady was in tears at how it ever got so out of hand. Then comes the part that makes Kondo fodder for so many internet trolls (just see Twitter).

She instructs people to pick up each item and see if it “sparks joy” in them. If it does, it stays. If it doesn’t, it goes. And if the item goes, she asks that you thank it before you toss it. She even goes so far as to thank socks for keeping your feet protected all day and greets the clients’ houses before starting her method, asking the house to help them along in the process.

To her, everything has energy, a life force, including inanimate objects. This belief has its roots in the Japanese Shinto religion.

The kami (which she mentions frequently) are the Shinto spirits that inhabit everything, even non-living things.  This concept is foreign to our Western, Christian-centric view of the world but in the East it is perfectly natural.

So it’s not like she’s just bonkers and is talking to plates and forks and things.  She has incorporated this belief into her methodology.

And I, personally, am all for it. I’ve experienced it in my work. Have you ever been to someone’s house that has a lot of clutter and felt a heaviness to the space, like even the air is being weighted down? Or maybe you felt a little dizzy or ill?

I’ve worked with a lot of hoarders and know that feeling well. And they live in it every day, in a state of dis-ease. Then, when we finally declutter the house, it feels light and airy and their mood immediately changes, because the energy has totally changed. And the air is actually cleaner.

All that stuff brings with it all its own energy and when there is so much stuff in one place, it is bombarding. You might as well be a hot potato in the oven. You’re baking in your own house. It all ties in nicely to Feng Shui, the Chinese art of placement. The Chi must flow for good health and happiness. But I digress.

So even if you don’t have time to fold your clothes into little origami rectangles or talk to your silverware, I’d give it a try. For those of you who want the basics quick, try out  Learn How to Organize and Declutter in 15 Minutes (Amazon, $2.99).  It’s a quick read for fast results.

The Life-Changing Magic of Tidying Up: The Japanese Art of Decluttering and Organizing 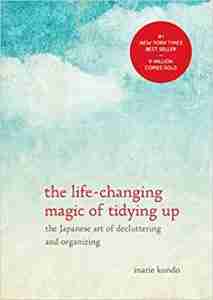 If you've been living under a rock for the past few years (or a pile of clothes), Marie Kondo is an organizational guru from Japan and has written two best-sellers, The Life-Changing Magic of Tidying Up: The Japanese Art of Decluttering and Organizing (Amazon, $8.58)  and Spark Joy: An Illustrated Master Class on the Art of Organizing and Tidying Up (Amazon, $12.33). 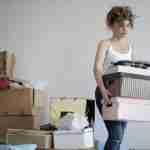 How To Declutter Your House In 3 Easy Steps

Handy Resources to Help You Declutter Your Home Confessions of a Cleaning Lady